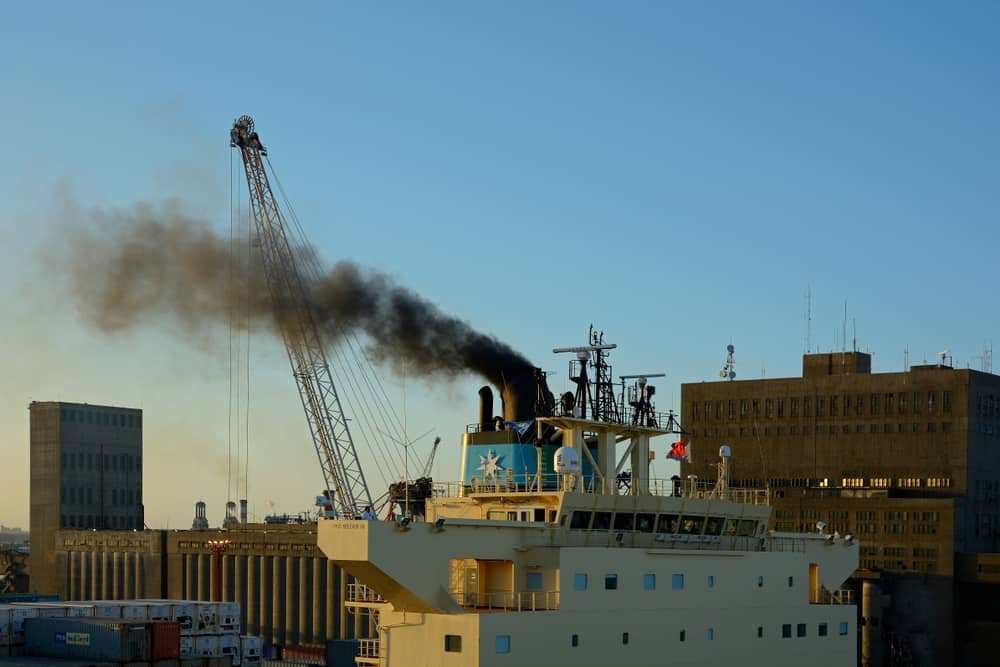 A reminder to all of our readers that the International Maritime Organization (IMO) will enforce new emissions standards starting in January 2020. The rule change is designed to significantly curb pollution produced by the world’s ships.

On January 1, 2020, the International Maritime Organization (IMO) will implement a new regulation for a 0.50% global sulphur cap for marine fuels. Under the new global cap, ships will have to use marine fuels with a sulphur content of no more than 0.50% sulphur against the current limit of 3.50% sulphur in an effort to reduce the amount of sulphur oxide. The Emission Control Areas (ECAs) will remain at the 2015 standard of 0.1%S content.

The main type of “bunker” oil for ships is heavy fuel oil, derived as a residue from crude oil distillation.

Crude oil contains sulphur which, following combustion in the engine, ends up in ship emissions. Sulphur oxides (SOx) are known to be harmful to human health, causing respiratory symptoms and lung disease. In the atmosphere, SOx can lead to acid rain, which can harm crops, forests and aquatic species, and contributes to the acidification of the oceans. Limiting SOx emissions from ships will improve air quality and protects the environment.

IMO regulations to reduce sulphur oxides (SOx) emissions from ships first came into force in 2005, under Annex VI of the International Convention for the Prevention of Pollution from Ships (known as the MARPOL Convention). Since then, the limits on sulphur oxides have been progressively tightened.

From 1 January 2020, the limit for sulphur in fuel oil used on board ships operating outside designated emission control areas will be reduced to 0.50% m/m (mass by mass). This will significantly reduce the amount of sulphur oxides emanating from ships and should have major health and environmental benefits for the world, particularly for populations living close to ports and coasts. Limiting sulphur oxides emissions from ships reduces air pollution and results in a cleaner environment. Reducing SOx also reduces particulate matter, tiny harmful particles which form when fuel is burnt.

How will IMO 2020 affect shippers?

Shippers have to be aware of the price hikes will take place in 2020. The price of ship fuel is likely to go up by 50% and this could increase the cost of port-to-port sea freight costs by 10-20%. Price increases will be passed onto shippers, which will ultimately be passed on to end consumers.  As shippers are aware, any past cost increases along the supply chain has been inevitably passed to the shippers, which increases the landed cost of goods.

Importers and exporters must take note and closely monitor the increases in order to understand the actual cost of their products, and sell pricing. The increased costs of fuel could also increase vessel transit times. Shipping lines may increase the practice of “slow steaming”, where ships sail at slower speeds to conserve fuel.  This will further restrict capacity and also increase transit times.