The U.S. Containerized Export Market in 2017 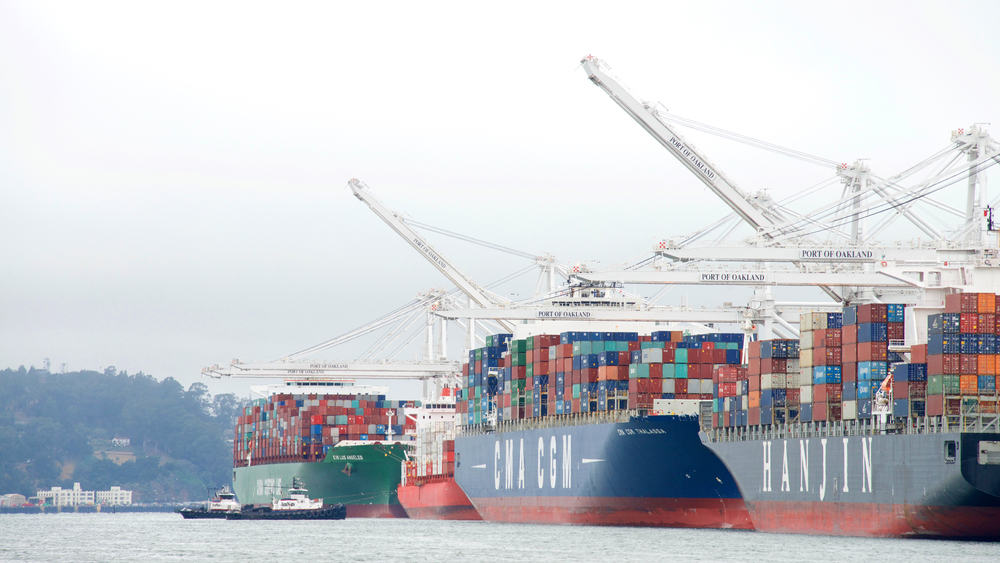 We just finished the first month of 2017, and it’s time for us to share our overall expectations for the U.S. Containerized Export Market in 2017. Where the freight rates should be? What should we be aware of as we go through the year?

First, 2016 was not a good year for ocean carriers, freight forwarders, and I believe, even for most of the exporters when looking at revenue. We all did more work and were paid less to do that work. According to 2016 (Jan to Dec) containerized export data from Datamyne, the U.S. shipped 288,000 more TEUs to the top 50 export destinations compared to 2015. China represents 213,000 of that increase, while the rest of the countries measured 75,000 TEUs.

When we look at further details, the biggest drops and jumps in TEUs have been as outlined below. While Japan, Peru, the United Kingdom, with their economic issues and political instabilities, drove U.S. imports down, countries like Brazil, Turkey, Egypt, and Argentina, have grappled with devaluation of their local currencies against the U.S. Dollar, overall GDP decreases, and political turmoil.

Considering that cargo shipped by the U.S. to these countries (Japan, UK, Brazil) have been higher valued exports than Asia (Agri or Waste/Used Products), this would be good proof of having done more work for less money, overall, for the U.S.

More specifically, comparing trade moves with Freight rate changes from 2015 to 2016, we see an even more interesting picture. Overall, Asian trade volumes have increased, which affected the freight rates positively. However, below % increases can be deceivable, considering the USWC rates being at $200-250/40’ and USEC rates being at $400-500/40’. Compare these rates to the Middle East, India, the Mediterranean, and the west coast of South America, where freight rates were around $1,200-$1,800 in the last quarter of 2015.

In 2016, there were major changes in the global shipping industry – the Hanjin bankruptcy, 3 major alliances (THE, Ocean, 2M) started/announced, Japanese carriers announcing plans to become singled body by 2018, Hamburg Sud (with CCNI) merging with Maersk, APL merging with CMA, and finally UASC merging under Hapag.

Starting off 2017, we have less total number of carriers with larger vessels that are shared with their own competition. The common saying “we are all on the same boat” couldn’t be more literal.

How are all of these developments going to impact 2017? And here’s a piece of positive news: bunker prices are not expected to have a marginal jump or decrease, and will be somewhere around $50-60/bbl range according to Ship & Bunker.

For ocean carriers, the smaller total of carriers on same vessels mean better cost control. They will be choosing more efficient, more competitive routes, terminals that they can operate, in coordination with customer demand. If we see 14 different carriers under 3 alliances, in most cases, it will mean 1 or 2 sailings per alliance, which means less vessel options on a weekly basis.

Carriers had been announcing losses for 5 consecutive quarters, and the main reason for alliances is to reduce the cost. In 2017, the only way for freight rates to go is UP. Considering carriers are “all on the same boat”, they must do it together. We already saw the first glimpses of this at the end 2016 – at the beginning of 2017, ocean carriers had succeeded to increase the freight rates by multiple times in the Middle East, India, and Asia. These increases have been fueled by the seasonal export increase of the last quarter in the U.S. – we see the momentum continuing as of now.

Overall, where do we think the freight rates will be in 2017? Our expectations are, in the entirety of Asia, from the East and West Coasts, there may be another 20-25% rate increase. We don’t expect freight rate levels will increase over 2015 levels. In the Gulf, we are expecting rates to increase by 40-60%, primarily in relation with Polyethylene (PE) expansions that are coming online and having only 2 main all-water services (2M, Ocean Alliance.) For the East Coast and Northen Europe, we don’t expect major rate changes considering the number of services on that trade, and overall Europe’s demand, is not expected to increase.

Again, Gulf to Europe services may be an exception and prices can easily increase by 50% because of freight rates being very low and new PE volumes expected to come online. I don’t think the Mediterranean and Middle East will have a major impact on the general PE expansion of Gulf, however, if ocean carriers combine Europe, Mediterranean, and Middle East services through the same trans-shipment ports, then they may create bottle necks for space from origin. This would increase the rate levels, not only from the Gulf, but also from the East Coast.

From my point of view, the Mediterranean and Middle East will be the big question marks of 2017. In South America, East Coast rates will attempt to be pushed up by ocean carriers since the current levels are not sustainable, but the overall supply/demand balance will still be heavier for supply. The West Coast is also a more difficult area to project, with Hamburg Sud going under Maersk Management, so there will be only 4 major carriers on that trade and rates will definitely increase. The percentage forecast will be more difficult when you compare it with other trades – I believe this will rely on the space supply.

As a NVOCC, our first focus during 2017-2018 will be primarily on space availability at an optimum cost. It’s very simple that if you can’t ship, you can’t really sell.