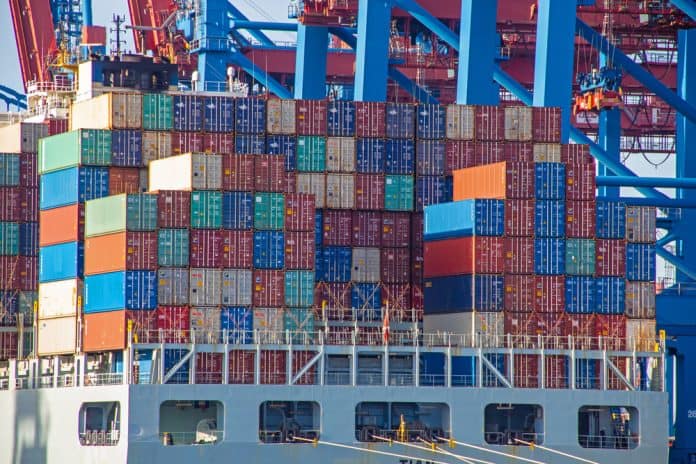 The U.S., being the largest consumption driven economy in the world, relies heavily on its imports.

With COVID-19, while the shipping industry was very concerned about spending slowing down, we ended up with a surge of volume that continues as of today. Just to give an idea how significant was this import surge, I would like to give two figures:

With this unexpected surge, we saw significant delays throughout the supply chain.

Space and equipment problems, congestion in transshipment and at final ports, trucking and chassis shortages, and rail problems all became part of the daily issues we face in the shipping industry.

While importers are experiencing these issues, U.S. exporters have also been experiencing difficult times based on the commodity they export and geographical location they are located in.

First, all this craziness worked for certain product producers in the U.S. That’s because, with a $20,000 – $25,000 per container cost and all the challenges to bring in an import container, U.S. importers turned their face for domestic supply. For certain industries, exporters turn around and started to sell domestically rather than internationally.

They must continue to export, but it is not that easy anymore. Based on where shippers are located and where they want to sell, they had started to be faced with their own challenges.

For example, if exporters are shipping to Asia from anywhere in the U.S., some of ocean carriers stopped releasing bookings because it is economically more advantageous for them to ship those containers empty. I think it is important to point out the fact that to ship a 40-foot container to Asia from the U.S. East Coast is 20 times cheaper than bringing it from Asia. So, time is really money.

If shippers are located in California, they are even in bigger trouble because in Los Angeles, 35-40 vessels are waiting to berth with 8-10 day delays, and efficiency is below the benchmarks. On top of that, as of this month, we are seeing congestion charges starting to be applied for U.S. exports, nearly five times more than port-to-port freight rates. Additionally, in Oakland, there are a significant number of vessels that are omitting since otherwise, it becomes extremely difficult for carriers to turn those vessels around to their scheduled service slings.

If shippers are shipping through rail, rail hubs are going through congestion both at the origin of the rail and/or at the port of loading. On the other hand, since there are a smaller number of truckers, chassis and equipment at those rail yards, problems like these can pile up very fast and may not get normalized for months.

Lastly, if shippers are shipping from U.S. East Coast ports, vessel/terminal schedules and loading windows have shrunk so much. For some shippers, the first day of the container pick up also became the cutoff date and just like this was not enough, this information will be provided to them on that same morning (at the last minute.)

So, we are going through very difficult times in the U.S. export market because of the situation triggered by the import market.

M. Can Fidanhttp://www.mts-logistics.com
Can is originally from Turkey, where he got a Bachelor’s Degree in Economics at Koc University in Istanbul. After working 5 years at MTS Turkey, he moved to Hong Kong as an MTS Representative, where he stayed 2 years working on Asia Development of the group. After Hong Kong, he came to MTS New York. He is currently the Vice President of Business Development and Export Manager at MTS Logistics, Inc. Fun Fact: Can (read as John in Turkish) is a HUGE soccer fan, and Besiktas is his team. Despite the fact that he has been living abroad since 2005, he follows each and every game religiously!
RELATED ARTICLES
Industry News