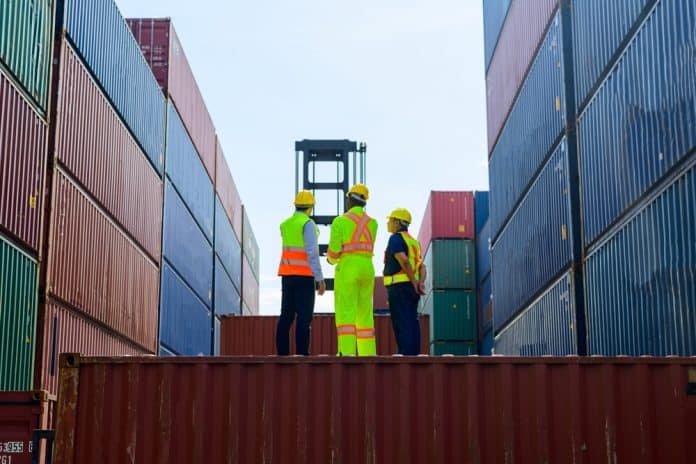 After a super busy, problematic, high-priced, and painful two years in the supply chain and logistics world, things are now moving in the opposite direction.

Prices are falling, vessel and trucking availability is increasing, terminals are getting in  much better shape globally, and many companies are looking for cargo to move.

While profits are flowing and expectations are high, many companies unfortunately didn’t realize what they were going into. With a global economic slowdown – with growth expected to decrease from 6% in 2020 to a forecasted 2.7% in 2023 – all parts of the supply chain are feeling the drastic drop in demand. Besides this slowdown in demand, we are also seeing a global inflation in all large economies of the world. As of October, inflation figures are 9.9% in the European area, 8.2% in the U.S., 10.1% in the U.K., 7.5% in India, and 2.8% in China (up from 2.1% in September.

What will these developments mean for employment in the supply chain and logistics industry?

During the Covid pandemic, demand increased substantially. As the flow of trade became stronger, every aspect of the supply chain from warehousing to shipping got congested. This surge was not only based on demand, but also based on the challenges that developed. Moving products from Point A to Point B had become a real labyrinth, sometimes with no immediate solutions. Schedule reliability went down to 30%, trucker availability became scarce in most developed economies, and labor shortages from terminals to warehouses clogged the flow. The workload for each transaction has just become more difficult, complicated, and time-consuming industrywide.

When the market was strong, and many companies were making record profits, most companies did not dedicate any energy and investment to increasing efficiencies and creating new synergies. Instead, they went on a hiring spree. This applies from blue collar employees in warehouses to white collar employees at headquarters.

One of the biggest mistakes that could be made was to expect strong market conditions to continue unconditionally.

Based on an interview with the Wall St. Journal (WSJ), the CEO of CH Robinson said “We got ahead of ourselves in terms of head count,” and added “We certainly did not expect that the market was going to come down as rapidly as it did.”

We need to keep in mind that CH Robinson is the largest freight broker in the U.S. and they just recently laid off 650 people. According to the same WSJ article, “Warehousing and storage companies, which added more than 400,000 jobs in two years through the end of 2021, dropped 20,000 jobs from September to October.” Besides CH Robinson, the industry has shaken with Amazon layoffs and Fedex furlough decisions over the past two weeks.

With an increase in hiring and Covid measures, it became very difficult to find qualified candidates for jobs. With the lack of qualified candidates, the cost of hiring also went up. Companies started to accept 70% to 80% productivity because they could not find qualified people and were not able to train them properly due to Covid restrictions and working from home. Team sizes just got bigger and bigger, while efficiencies decreased.

During this time, the logistics-tech sector which grew significantly in 2021, got very much exposed to the market conditions as well.

As the global economy slows down, the appetite of venture capitalists has been fading away. Multiple smaller logistic-tech companies felt that and took action by starting to lay off their teams as early as in June, even when the market still had high price levels.

The bigger companies still got funded because of the high profits around the same time. However, with interest rates going up globally, I believe there will be a major exposure for large global logistic-tech companies, as they approach to their new rounds of fund raises. As we see in many publicly trade companies, to raise money, you need to cut costs.

The new trends of downsizing in the supply chain and logistics industries have already started.

To wrap up, we already are seeing layoffs starting in our industry that was pretty much fully employed up until 3-4 months ago. Companies who are well-managed, who did expect this surge to be temporary, and who adapted to the environment with the right forecast will keep their workforce happy and their company healthy.

However, companies that didn’t put productivity at their core of business, who did expect this craziness to continue for more years to come, and who cared more about short-term gains rather than see this period just as a part of a bigger marathon, will have to make tough choices both for their teams and for their companies. I sincerely hope the damage will be minimum and opportunities will be there for everyone.